The Legalization of Marijuana and Delta 9

This article will share with you the different laws in all 50 states that tell you if marijuana and Delta 9 with more than 0.03% THC is legal or not. It will also share if it is legal for recreational purposes, medicinal purposes, or both. You can also do more research to get the latest information about your state laws.

States Where Marijuana Is Fully Legal

These states have had marijuana legal since as early as 2012 when Colorado was the first state to legalize marijuana for recreational use. These states and more had introduced legislation to make it legal in earlier years. Others followed suit, and there may be more states that have allowed recreational and medicinal use of marijuana after the elections of 2022.

States Where Marijuana is Legal for Medicinal Use

States Where Only CBD is Legal for Medicinal Use 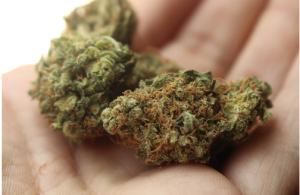 The following states have some sort of legislation that is going through state Houses to see if marijuana can be legalized. They are listed below with some of the legislation that has or has not been passed.

There was legislation introduced to reduce penalties for marijuana use and possession and remove the jail time penalty altogether. The legislation has not been acted upon as of this writing: https://www.mpp.org/states/alabama/. That may change in the legislative session of 2023.

Arkansas voters just voted down a bill that would have legalized recreational use for marijuana.

In May of 2022 Governor John Carney vetoed a bill that would have legalized the recreational use of marijuana.

In 2022 there were bills introduced to tax cannabis and to legalize recreational use of marijuana. These bills have not yet been acted on.

In 2022 Georgia failed to act on any cannabis reforms that were introduced.

A vote to legalize the recreational use of marijuana failed.

The 2022 Legislative session ended without any cannabis bills passing or even progressing.

Even with a governor that is pro-cannabis the 2022 legislative session falls short even though there were many bills introduced.

The senate killed the medical cannabis bills in 2022.

The Louisiana congress is making progress with nine bills that are on the governor’s desk at this time.

The senate killed any cannabis legislation.

The House failed to act on the cannabis bill in 2022.

An initiative was on the ballot, and it failed in November of 2022.

Advocates for cannabis use reached an agreement with lawmakers to renew ballot qualification for recreational use of marijuana in 2023.

Oklahoma had an initiative on the ballot, and it failed in November of 2022.

The Pennsylvania Marijuana Pardon Project is being talked about to pardon those who have been incarcerated on marijuana charges.

There was an initiative on the ballot, and it failed in November of 2022.

Tennessee failed on any action that considered reform laws.

Texas is preparing for the 2023 legislation that will expand medicinal use of cannabis.

They ended the 2022 legislative session without any action towards any cannabis reforms.

These are the states that have legalized marijuana is some way and those who have not. You will need to do more research to see how the laws affect your state.

Why You Need Barrie Party Bus?

Why Focus Gummies for Adults a Necessity?

What Happened After I Took Too Many CBD Gummies?

Can You Still Drink Alcohol if You Swallow Delta-8 Gummies?

Please login to join discussion
No Result
View All Result